Recently, the "Deepsea Yantai" semi-submersible drilling platform, managed by CIMC Raffles Asset Operation and Management Center, was awarded with three more wells contract by Neptune energy, the mainstream oil and gas company of Norway, planning to operate in Fenja oilfield in Norwegian North Sea in 2021. In addition, the parties have agreed to increase the number of optional wells from the remaining five up to ten optional wells.

CIMC Raffles, teaming up with Norway's first-class drilling contractor Odfjell Drilling, won the "6 + 10" wells drilling service contract from Neptune Energy in 2019 with two additional wells awarded in the same year. "Deepsea Yantai" has carried out drilling operations in different oilfields in Norwegian North Sea which is the most challenging offshore working environment in the world. "Deepsea Yantai" winning the contract has made an unprecedented record for domestic offshore enterprises to provide international high-end offshore services.

"Deepsea Yantai" is a midwater drilling platform built by CIMC Raffles equipped with DP3 dynamic positioning system and automatic drilling control system, suitable for the harsh environment in the Norwegian North Sea. CIMC Raffles cooperated with ODL to guarantee the right performance and quickly response to problem solving during the operation to meet the requirements of Neptune Energy.

Awarded with customer bonus for the on time start-up, "Deepsea Yantai" has carried out drilling operations in P1 Gjoa field, Duva field and Dugon field in the North Sea. Ever since the start-up, the drilling efficiency of the platform has been steadily improved to above the requirement of the client, winning the platform the drilling efficiency award. The average on hire rate is 95%, and in the last 4 months, it has reached 99.9%. According to Neptune Energy, "Deepsea Yantai" was involved in the exploration of Dugong well in July, 2020 and the find in Dugong well is estimated to contain between 40 and 120 million barrels of oil equivalent (boe), making the largest discovery in Norway so far this year.

Operating as a pioneer of domestic offshore enterprises, CIMC Raffles has been in the forefront of the industry in the aspects of asset operation, product line innovation and industrial integration in recent years. CIMC Raffles will continue to cooperate with all resources to provide high-quality and efficient services to international customers and partners. 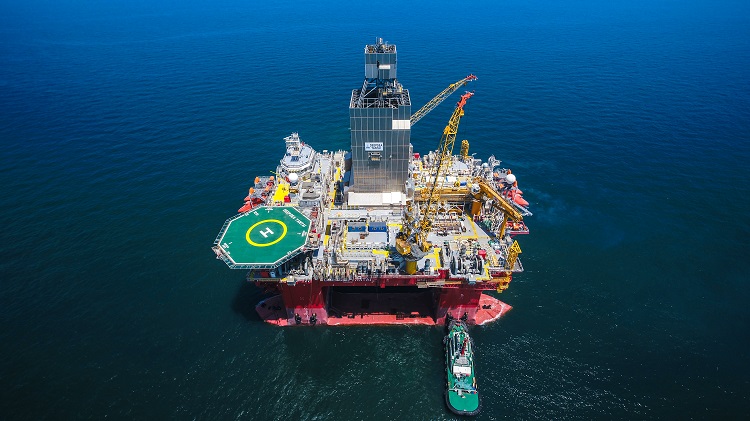